Need some help? Call Us

NYC Marathon Tips: How to Heal an Injury That Makes You Want to Drop Out… and Finish Strong 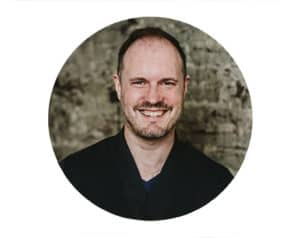 Here we are again about 6 weeks before the NYC marathon. Our medical massage therapy practice is getting flooded with new clients who are in pain training for the marathon. Each year we get an influx of folks worried they’ll have to drop out and desperate to get back on the road. We can’t guarantee that our NYC marathon tips will get every single one of them through the race. That being said, we have a great track record of helping runners rehabilitate quickly from an injury. And get back up to stride even this close to race day. Having learned a few things over the years, we are happy to share our best NYC marathon tips so that you can have the best day ever on November 4th!

My First Marathon Client That Almost Dropped Out

I’ve been in practice for close to 12 years now. Each year I routinely work with a several dozen NYC marathon runners in all phases of their training. However, my first, was way back in 2009, just a couple years after graduating massage school. A friend of a friend was training for his first ever marathon as a first time runner. (He was not a runner before starting training in spring).

My client, let’s call him Sven (not his real name), came to me with a golf ball sized knot of seized up muscle tissue in his left calf… 4 weeks before race day. It had been getting progressively worse over the prior 3 weeks. It had gotten to the point where he could no longer run a single mile without debilitating, cramping pain.

He was obviously distraught and unsure what to do. Sven was worried about letting all the people who donated to his race down (a common concern). But he thought that he was beyond help. He had been to a physical therapist 3 times with no relief. Sven was highly skeptical that I could do anything to help him but our mutual friend assured him I was “miracle worker.” (no pressure there or anything!)

Ethically, I’m not allowed to make a guarantee that I can help clients. There are always going to be some cases that are beyond what massage therapy can relieve. Sometimes, surgery and physical therapy are a client’s best recourse. And sometimes all of the best NYC marathon tips you can find won’t matter. So I want to get that out there lest folks think that I actually go around touting myself as a miracle worker (no faith healing here, just straight up science at work). I told him this, and that I’d try my best but I thought I might be able to help.

How we got the client through race day in 3 medical massage therapy sessions:

I spent most of that first massage on the back of his legs. This included some truly intense deep tissue work directly on the bunched up calf tissue (with his permission of course). We also worked to open up his right hip which was not moving well due to an older injury. I theorized that the hip injury resulted from an even older right ankle sprain. This was confirmed by the client, so I also worked to get the right ankle moving with better alignment.

At the end of the session he said the whole area felt better than it had in weeks and he hoped that this would get him back to race form. At which point I gave him some of the best injury recovery advice I’ve ever come up with…

Start Over Again – When recovering from an injury DO NOT try to jump back into the same level of training you were at before the injury. That is a sure fire recipe for the injury popping right back again and keeping you down. For Sven, I told him to do the following:

I can hear your teeth grinding just reading that list. “But, but, but….it’s only 4 weeks to race day and you are saying I should only put in 4 total miles this week?! What about my big 18 mile long run coming up?!?!?!?!”

Trust me, Sven wasn’t going to make it on that long run in the condition he was in. Thankfully, he did trust me and followed the NYC marathon tips to the letter. He emailed me after each of the 1 mile and 3 mile runs. Sven let me know that there was no sharp pain, just a “bit of tightness that opened up during the run and stopped bothering me by the middle.”

Sven came in a week later for session number two. His calf still had a ball of seized tissue but it had shrunk down from golf ball sized to marble sized. We worked on it again, then focused more on quads and hip flexors including the all important psoas muscle. We also worked on opening up his ribcage, and diaphragm. In order to bring his upper carriage into a better alignment with his legs, we worked on his neck.

So many runners come in and request that I work on their legs over and over again. What they don’t realize is that their upper carriage tension in the neck and shoulders is a huge factor for why their legs are always so tight.

After session 2, I gave him the following to do:

Sven followed the NYC marathon tips we gave him, emailing me to let me know that his whole running form had opened up. This was likely due to the upper carriage work. He felt not just fine but even better than before on the 6 and 12 mile runs. He wondered whether he even needed the third session. I told him to keep it just in case and that we might be able to shave some time off his run by working on his external hip rotators. He kept it.

He came in for session 3 feeling good but a bit worried that he was getting to his long run a bit close to the race. The calf knot was almost non-existent. We spent the session working on his side body, bringing the left and right sides into better symmetry. This session is great for getting the ball and socket joints of the hips and shoulders free again which allows the rest of the body to ease up and relax. The session was on a Thursday.

I gave him the following homework:

Sven did fine on his long run and took it easy. Race day went swimmingly and he actually shaved a bit of time off his intended pace! He then followed our NYC marathon tips for race recovery and booked a post race sports massage. He came in for a post race recovery massage a couple days after the race and felt 100% normal by day four.

Book a post race recovery massage: Some experienced runners book a recovery massage for the evening of race day. Unless you have run several marathons and are sure you’ll react well to that, we don’t recommend it. You could wake up the next day feeling like you had been run over by a tank. However, any time between the day after race and 4 days after the race will be super beneficial. Especially if you have to work at the office and sit in a chair all day. For our studio, we tend to book out the week after the NYC marathon in advance, so book early.

In support of all you runners, we are offering 10% off all sessions from October 1 through November 11th for anyone who is an official participant in the NYC Marathon. Simply bring in your entry approval when you come in for a session and we’ll happily apply the discount 🙂

What we have learned since then:

In a way, Sven was lucky that he was so sidelined. He was willing to go against all instinct and take it easy for a few weeks, even with race day approaching. Had he been in slightly better shape than he was, he might have pushed too hard after the first session. And re-triggered the injury.

Most of these repetitive stress running injuries are due to two main factors. One, an older injury that creates an asymmetrical running form. And two, the slow steady pressure that builds up in the muscles compensating for the older injury. As you start piling on the miles, there comes a tipping point when the system can’t handle what you are asking it to do. It starts complaining loudly. Then boom, you are sidelined.

Correcting the form towards a more symmetrical alignment means less work for muscles to do to get you moving forward. Which in turn means an easier run and faster times.

If all of your muscles are working towards propelling you forward you’ll go faster. If some of them are pushing you sideways or up (or even backwards) instead, you’ll lose efficiency and slow down. Other muscles will have to work harder to fight that movement. You’ll also increase the impact with each stride creating the potential for stress fractures in your feet, shins, hips, or spine.

Ideally, we would work with you when you first start training so that you already have an improved running form. Before you pile on the miles. My NYC marathon tip for Sven after he completed his first successful NYC marathon was to cross train over the winter. Then come in for a few sessions next spring to work on his form. And to go celebrate his first completed NYC marathon  in style 🙂

However, as you can see from above, coming in for medical massage work at any point before race day is likely to improve your day. If you are injured, follow our NYC marathon tips and book a session. Also coming in for a post race recovery massage can get you back to normal quickly!

Good luck to everyone running this year!