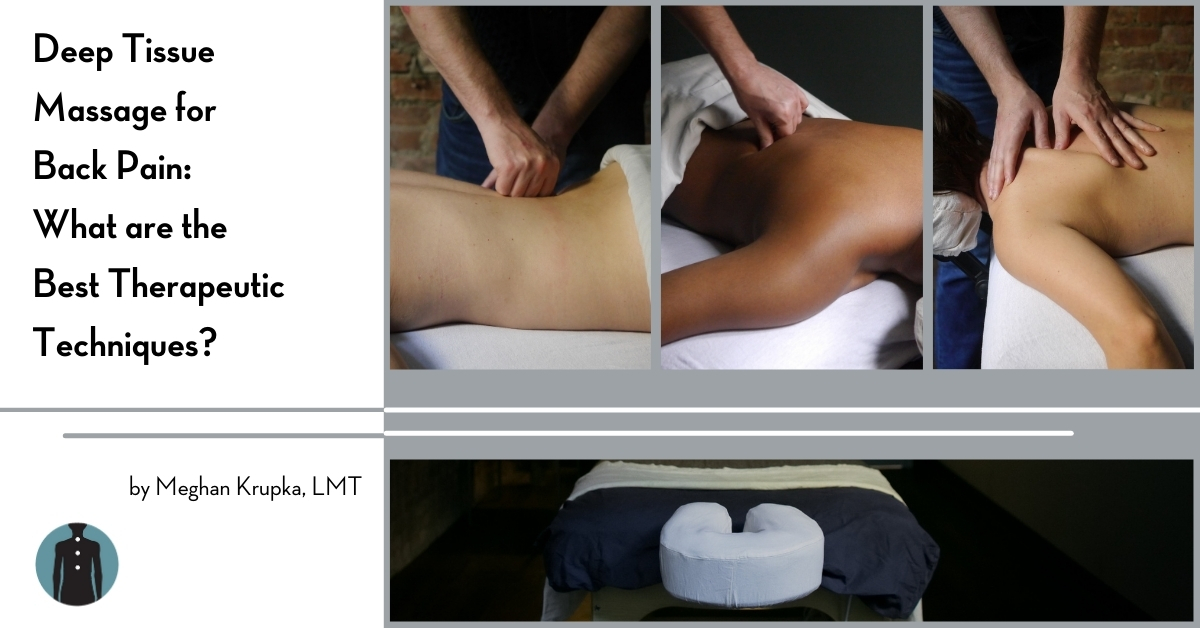 Deep Tissue Massage for Back Pain: What are the Best Therapeutic Techniques?

Meghan Krupka, LMT, staff massage therapist at Bodyworks DW, writes about the most effective kinds of therapeutic techniques for back pain. 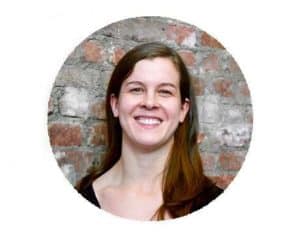 Back pain massage is one of the most common requests of our massage therapy clients. Deep tissue massage for back pain can be a life saver! Our spine protects and houses a large part of our central nervous system. When trauma or dysfunction happens to your body, it is going to want to protect this region first. One way that your body does this is by sending pain signals to the area. The pain is a signal to rest and heal. Unfortunately, with our busy lives, we tend to ignore this signal.

"Splinting" (ie contracting) the spinal muscles is another way that your body protects itself. This can help with an immediate injury. But it can exacerbate chronic back pain and tightness. Back pain massage is a holistic approach to rectify this dysfunction. Therapists communicate through touch to your nervous and muscular systems. The massage helps your brain understand that the original injury has healed. When your brain processes that it realizes that it doesn't need to protect anymore. So it lets your back muscles go. The splinting is no longer necessary.

Back pain can be the result of a wide variety of neuromuscular issues. And responses to various kinds of trauma. Therefore, our approach for each client case is unique. Crafting an effective massage requires an understanding of how each technique is going to affect your specific body. Each technique has a specific intention. And also produces a different sensation and result. Massage therapists frequently combine techniques to achieve an overall result. This includes reduction in pain, tightness, and restriction!

Deep tissue massage does involve a higher intensity group of techniques. However, deep tissue massage techniques should not simply to beat up your body. Or cause you unbearable pain! There is point past which more pressure has no therapeutic benefit. And only causes more pain.

The name deep tissue massage indicates that the techniques are going to produce more intense feelings. This is due to the higher applied pressure and greater specificity of this pressure. However, the sensations should always be bearable to be effective. You should be able to breath through the intensity. And not flinch or tighten other muscles. The techniques discussed below all fall under the larger umbrella of deep tissue massage.

Deep tissue massage for back pain - Here are some of the main effective techniques:

Myofascial release techniques involve slow strokes aimed at impacting the body’s “fascial layer.” This is a layer of connective tissues that lie between your visible skin layer and your muscles. It connects and weaves throughout our entire muscular system. Including tendons and ligaments. At a microscopic level, fascia is the “glue” that connects all of your body’s cells together.

This deep tissue massage technique uses slow and sustained pressure to open up your fascia. For most of you, this will reduce your pain and feelings of restrictions. Fascial release has the ability to restore lost range of motion. Myofascial release is usually performed either without lubricant or with smaller amounts than Swedish massage. As a result, your therapist is able to move very slowly, stretching the tissues apart.

The most commonly targeted muscles in the back for this technique are the spinal erectors. And the quadratus lumborum. Gluteal and posterior upper leg muscles can also contribute to back pain. In addition, anterior muscles such as abdominals, psoas, diaphragm, and pectorals are major players in back pain. They can all be massaged very effectively with myofascial release.

Trigger Point Therapy is the most specific deep tissue massage technique. It uses only the area of a finger or thumb tip to apply pressure. Trigger points are considered tender areas in your soft tissue. They cause referred pain to other areas of the body. They are colloquially called “knots.” In reality there aren’t actual knots in muscles. Rather trigger points are highly contracted areas. Sort of like a tiny cramp. These points can generate very unpleasant sensations.

With trigger point therapy, the points are pressed and held for a sustained time. Pressure on the trigger point can often increase the referred pain. For a short period. Then the knots release and the pain goes away. Properly addressing trigger points can result in reduced pain and restriction. Trigger points in your sacral area, thoracolumbar fascia, gluteal muscles and posterior upper leg muscles can all contribute to back pain. Immense relief can be obtained by calming these down.

Cross-fiber friction is a technique of rubbing a muscles perpendicular to the direction of the muscle fibers. Issues such as tears, breaks, sprains, strains and other types of damage can affect muscles fibers, tendons and ligaments. When something like this happens, scar tissue forms. Scar tissue, unlike normal, healthy tissue, has collagen fibers that are not neatly arranged and aligned. The aim of this deep tissue massage technique is to help make this jumble of collagen fibers a little less messy. Additionally, it promotes circulation and reduces hypertonicity. Cross-fiber friction can also reduce muscle spasms that occur. It helps the central nervous system to stop relaying sensations of pain to the area.

This technique is frequently employed for targeting the spinal erector muscles running right along your vertebrae. These muscles are relatively thin, taut bands so cross-fiber friction works well because of the narrow perpendicular distance.

Muscle stripping is a deep tissue massage technique which is applied along the length of a muscle. We move in the direction that the muscle fibers are oriented. Sometimes, this technique is also called longitudinal friction. Muscle stripping is ideal when the primary intention is to elongate muscle fibers. Particularly within a more concentrated area. Pressure can be adjusted by using forearm, fingers, thumb or elbow.

Similar to cross-fiber friction, the spinal erectors are a common area to apply muscle stripping to. It is also easily applied to wider back muscles. Since the direction of pressure is with grain of the muscle fibers. A good example would be the quadratus lumborum. Or other potentially involved muscles like the glutes or quads.

The pin and stretch technique involves “pinning” down a portion of a muscle. While simultaneously moving the rest of the muscle away from the pinned area. The intention of this deep tissue massage technique is to provide a deep stretch. To the portion of muscle belly that lies between the pinned point and the attachment that is being moved. It allows a therapist to apply a more intense stretching sensation to a particular region of a muscle.

This technique can be either active or passive. When active, you will be contracting the targeted muscle and moving the attachment point. You will follow the therapist’s direction while moving a part of your body. When passive, the therapist will move your body for you. The main difference will be that the active approach requires you to engage their own muscles. This will be more intense and less relaxing. However, it will also have a greater effect on reprogramming your nervous system. The passive approach is less intense and more relaxing.

Great massage therapy in NYC needs to have a solid arsenal of techniques. And tools to be able to create an effective and thorough treatment plan. At Bodyworks DW, we have regular advanced trainings for all of our massage therapists. These trainings are designed to improve each therapist’s skills in assessing the primary sources/reasons for your pain. Our therapists come prepared with a toolbox full of the best deep tissue massage techniques.

Back pain is a prevalent issue addressed by massage therapists for many of you. Each of your massage needs and cases are unique. Therefore, each of our treatments are uniquely customized to you. Your Bodyworks DW massage therapist will carefully consider your symptoms, history, routine and movement patterns. Then they determine how to provide the most effective treatment. We are dedicated to finding what will work best for you. So that you can get back to moving more freely and without pain or discomfort. We offer back pain massage in Midtown and the Financial District in New York City. Would you like to schedule a professional massage with one of our highly trained massage therapists? Contact Bodyworks DW today or click on the button to book online at our back pain massage Midtown or back pain massage Fidi studios!

Want some back pain relief at home?! Check out this short set of activated isolated hamstring stretches from our Bodyworks DW TV self care video library!